It was September 2, 2016 at 4 PM SLT (San Francisco California TIme) that the Black Lions Pirate and Avilion Archer, Lord Madd Ness and Continental Navy Ally and Dragon of Avilion, Lady Rei Valentine finally tied the knot in Secondlife. This was actually a rare opportunity because we the two met in Avilion and… 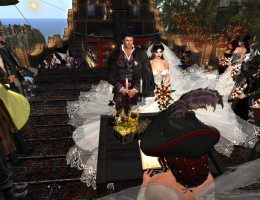 I Have A Lover 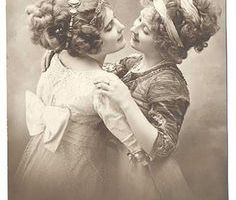 Read more I Have A Lover

January 14, 2017 is one of the memorable events in my life. It was the wedding of two of the most important fambam in my life. It was my Soul Sister and brother's wedding. I am so happy that after dancing around each other for a long time, they finally walked..coughs...captured and put daggers on each other's throat "In a Drow" way, and both won against all odds that led to the very first Drow Wedding in Avilion history. The wedding was officiated by Lady Osiris, Venue and Reception by Lady Tempest, and Music by Sir Giles.

Never ever forget the reasons that made both of you stronger together. In times of doubts, trouble and sadness. May this blog remind you both that your family is here for both of you. We love you. This is my gift to both of you. REMEMBER.

A creature was feared by the villagers of a beautiful and fertile land. That creature is a magnificent dragon. It is strong, fierce and a merciless killer. Few knights have tried to kill her and grab her treasure hoard. It is said in the legends that this Dragon is also the one to choose the next King of the land. Knights from all over the land want to capture the Dragon so that they will become King and be a Master of the Dragon. In the past, 3 knights became king because they captured the Dragon; unfortunately, It is so wild and cannot really be tamed. They suppress its powers and bound its wings so that it cannot fly. Those 3 were eaten alive.

He stared at me, memorizing my face. Our skin hot with sweat and sex. He kissed, nipped my lower lip and sucked on my tongue. He kept whispering he loves me with his every strong Yet pleasurable thrusts inside me. “The situation is now in your favor.” He thrusted harder once more. He then stopped,…

It was all surreal. A beautiful nightmare. The sandman weaving in and out of my body. The quicksand of love burying me. I have to hold on to him. Beads of sweat glistening under the soft light. We moved as one, Moaning each other’s name Like a thirsty man searching for an oasis Begging in…

“Patience is a virtue, my love,” he whispered to her as he gently pulled the strings on her shoulder, like the delicate strings of his violin, her body created more excitement in him. 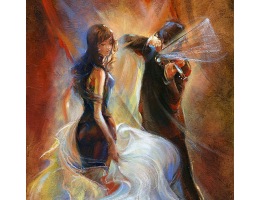 A hot body might get you in the door, but eventually, what meets the eye will fade. It’s important to add depth and substance to your personality. The hottest, most intense relationships are the ones with people you can really talk to, laugh with and learn from every day.