Weird dreams about my children.

The very first dream happened when I was 23, I saw a really bright light taking me from my room and up to another place. In that place I was embraced physically, spiritually and emotionally by a masculine force of light (I can still vividly remember the face of that man/being from my dream). 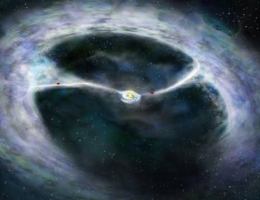 A creature was feared by the villagers of a beautiful and fertile land. That creature is a magnificent dragon. It is strong, fierce and a merciless killer. Few knights have tried to kill her and grab her treasure hoard. It is said in the legends that this Dragon is also the one to choose the next King of the land. Knights from all over the land want to capture the Dragon so that they will become King and be a Master of the Dragon. In the past, 3 knights became king because they captured the Dragon; unfortunately, It is so wild and cannot really be tamed. They suppress its powers and bound its wings so that it cannot fly. Those 3 were eaten alive.

You never know what the future holds but there are chances you will learn about your past and it will affect you in a balanced way. I'm a very scientific and logical woman, however, a twist of fate led me to the spiritual path. That's where I met him.